More Than $650 Million Recovered For Our Clients
In This Section

Adam D. Cahn is a seasoned litigator, who began his legal career in 1994. His primary focus is representing individuals in personal injury and medical malpractice matters at all levels of state and federal practice. He lectures in the field of trial advocacy and is regularly sought by local newspapers, television and radio stations for his expertise on matters in the legal field.

A Reputation For Results

Adam Cahn has successfully recovered more than $250 million on behalf of his clients through verdicts, mediations, arbitrations and settlements. His many successful recoveries for clients include:

Mr. Cahn earned his law degree at night from Touro College Jacob D. Fuchsberg Law Center, while juggling a full-time job in real estate finance. At Touro, he was a member of Law Review and received American Jurisprudence Award for outstanding achievement in both Trial Practice and Alternative Dispute Resolution. He co-founded the Touro Environmental Law Journal and was a recipient of the Gary M. Schwartz Fellowship, for which he was awarded a paid judicial internship.

He received his undergraduate degree in business management from the A.B. Freeman School of Business, Tulane University. 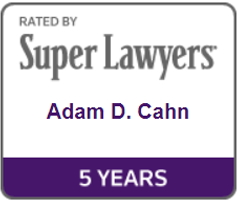 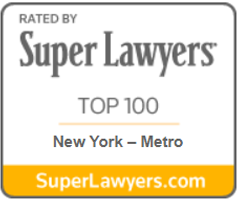