More Than $650 Million Recovered For Our Clients 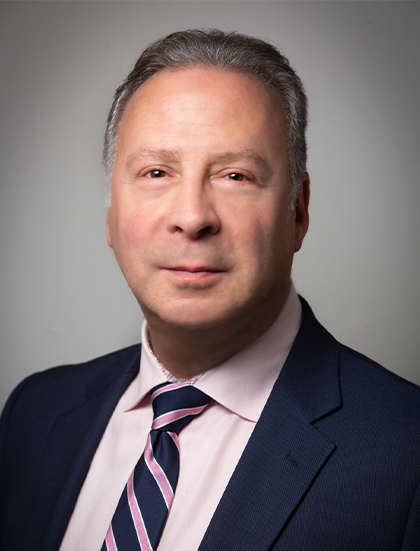 Mitchel Ephraim Weiss is a highly regarded litigator for personal injury cases. He first began his career working as a trial lawyer for a well-respected Manhattan insurance defense firm where he honed his skills as a trial lawyer. Thereafter, Mr. Weiss transitioned his focus to plaintiff’s litigation, and has been representing people injured in all types of accidents since 1993. Mr. Weiss took the initiative to open his own law firm, what is now referred to as Sakkas, Cahn & Weiss, LLP & where he has committed himself to helping injury victims obtain substantial settlement amounts. As a lead attorney and founding partner of the firm, Mr. Weiss has handled a large variety of accident cases nearly 35 years that he has been practicing in the field of law. From automobile and trucking accidents, to lead paint poisoning, construction accidents, police brutality and wrongful death, Mr. Weiss covers it all.

Attorney Weiss has been successful in earning hundreds of millions of dollars on behalf of the clients he and the firm has represented. Both knowledgeable and innovative in his practice, Mr. Weiss has also established an outstanding reputation among his peers in the legal community, specifically for his ongoing work in the field of car accidents.

Backed by nearly 35 years of professional experience in the legal field, and an honorable educational background, attorney Weiss is very well suited to take on personal injury cases of every nature. Always prepared, the attorney is not one to leave anything to chance; rather, he fully reviews, assesses and prepares for every case that is brought to his attention. This type of approach has earned the attorney the respect of insurance companies and defense lawyers alike, many of whom are in the habit of proceeding directly to mediation or a binding arbitration rather than go to trial against Mr. Weiss.